Need help with a different type of pest?
Select your pest

We exterminate ten pests in one treatment when we spray your home for spiders.

Wasps and Bees can really start to become a problem during the spring, summer months in Canberra. This is when they begin to build their nests and hives in and around homes and businesses, becoming potentially dangerous pests.

DO NOT approach the nest or attempt to treat yourself. Call Canberra Pest Control Now!

European Wasps will aggressively defend their nest by swarming out to attack a disturbance! The sting is painful and multiple stings or a sting in the throat can be dangerous or fatal.

Most of the time a wasp or bee sting will just cause pain and local swelling, but they can be seriously harmful and sometimes fatal for those with an allergy. Many Wasp species are found in Canberra, the most common are the European Wasp, Paper Wasp & Mud Wasp. Australia has over 1500 species of native bees, with many more introduced species that were brought here for honey production and are now also found in the wild. The most common type of bee we see in residential areas is the commercial honey bee, or European honey bee. This introduced species can be a dangerous pest and may be found nesting in trees and bushes on your property, or in the wall cavities or roof of your home or business. This introduced species can be very aggressive if disturbed and unlike bees, can and will sting multiple times.

Not only does it negatively impact our natural environment, but the European wasp is one of the most invasive wasp species in residential areas worldwide. Worker wasps will grow from 1.2 to 1.7 centimetres in length, while queens are much larger, but rarely seen outside the hive. Wasps can be easily distinguished from bees on first sight, as they are less hairy and have longer, leaner bodies.

In the wild, European wasps usually make their nests in the ground, but in buildings they can be found inside roof spaces or walls and under eaves.

They mate in Autumn and in winter the entire colony dies except for the queen, who emerges in spring to begin laying eggs. The worker wasps will begin to build the nest and will usually finish in summer. Worker wasps will only live for a few weeks, but queens will live for around a year.

Paper wasps are native to Australia, yet can still be a pest in residential and commercial areas. Black with dull yellow stripes and a yellow face, not as bright as the European wasp.

Paper wasps are found all along the east coast of Australia and in South Australia. The workers wasps gather plant stems and dead wood which they mix with saliva to create the paper-like material of their nests. Their natural environment is in shrublands, but around human dwellings their nests can be found inside roof spaces, under eaves and attached to the outside of buildings.

There are usually around 2 queens in a paper wasp colony. Nests are either built or reused by worker females in the spring, who then produce more worker females throughout the summer. Towards the end of the summer and in early autumn, the male workers are produced and the queens emerge from hibernation.

The mud wasp is a solitary predator species native to most parts of Australia and southeast Asia.

They are bright yellow with large black bands around the abdomen and thorax and some black markings on the legs. They are bright yellow with large black bands around the abdomen and thorax and some black markings on the legs.

Slightly larger than their European or yellow jacket cousins, worker mud wasps will grow from 1.7 to 3 centimetres in length, with the queen being the largest in the hive. The mud wasp can be easily distinguished by its thin, stick-like petiole protruding out from the thorax to the abdomen.

They build nests out of collected mud, especially clay mud. You will find them inside wall and roof cavities and under eaves, where they are sheltered but have had close access to an outside mud source.

The female will construct a mud nest using dirt and water collected from nearby. After mating, the eggs are placed in separate compartments of the nest with several paralysed spiders for the larvae to feed on when it hatches. After emerging as adults, the young wasps begin the same process again.

"Yellow jacket wasp" is the most common name in North America for predatory wasps of the genera Vespula. Worker wasps will grow to around 1.3 centimetres in length, while queens are much larger but rarely seen outside the hive. Yellow jacket wasps are very similar in appearance to European wasps, except they have three tiny black dots on their clypeus (face).

In the wild, yellow jacket wasps usually make their nests below ground in the soil, but in buildings they can be found inside roof spaces or walls and under eaves.

The queen will initiate a nest and it will grow throughout late autumn and summer as more and more worker bees mature. Worker wasps will only live for a few weeks, but queens will live for around a year or even more. Unlike their European counterparts, yellow jacket wasps in Australia will often survive winter to form a larger, polygynous nest for the next year.

Asian paper wasps are an introduced species, yet they are very similar to their Australian counterparts. The Asian paper wasps have similar markings to their Australian relatives, but their colours are a more vivid black and yellow.

The Asian paper wasp is a highly invasive species in Australia; they compete with many local species and can be very aggressive towards humans. As well as in shrublands, their nests can be found inside roof spaces, under eaves and attached to the outside of buildings.

There are usually around 2 queens in a paper wasp colony. Nests are either built or reused by worker females in the spring, who then produce more worker females throughout the summer. Towards the end of the summer and in early autumn, the male workers are produced and the queens emerge from hibernation.

Although Australia has over 1500 native bee species, the most commonly found pest is the introduced European honey bee. Dark brown legs and body with yellow bands around the body. Bees are normally coloured a duller yellow than wasps.

Honey bees are usually oval shaped and more round than wasps. Worker bees grow to around 1.5cm in length but queen bees are bigger.

In the wild, they build their hives in hollow trees or on branches. In buildings, hives can be found inside roof spaces or walls, under floors and attached to the outside of buildings. Honey bee hives are made of wax and can be very heavy, causing structural damage.

Each colony contains only one queen bee, which can produce around 2000 eggs a day. The rest are worker bees who build the hive, collect pollen and feed the larvae. Worker bees only live for around 1 to 10 months, but queen bees can live 3 to 5 years.

Mortar bees are so named because they do not build hives, but instead prefer to nest within naturally occurring holes or crevices in masonry, especially in soft materials such as sandstone or limestone. They do not produce honey or beeswax, yet still feed off pollen, like other bees. Mortar bees vary in colour depending on the species. Most will be similar in colour to honey bees, with yellow/orange and black stripes on the abdomen, but others can be red, black or even blue.

Like honey bees, mortar bees have stout, oval shaped bodies with translucent wings and depending on the species, may be very furry or not at all.

In the wild, Mortar bees create nests within hollow twigs or cavities in soft stone or dry mud. They will often excavate long, narrow nests in soft stone brickwork and mortar. A mortar bee will very rarely sting but a serious infestation can cause significant structural damage.

Mortar bees live alone, have no queens and every female is fertile. After mating, the male dies and the female searches for crevices in which to build a nest, with some species excavating the crevice further. The eggs are laid in separate compartments within the nest and after hibernating, will hatch in the summer.

We exterminate ten pests in one treatment when we spray your home for spiders.

If you have wasps & bees in Canberra, here’s what we’ll do for you...

Our specifically targeted wasp & bee treatments for homes and businesses work every time. In the extremely unlikely event of a recurrence at the treated nest site, we will of course re treat the free of charge.

Signs of a hive or nest on your property

Signs of a wasp & bee infestation What to Look for

If you are seeing more than just the odd wasp or bee around your property, it is likely that there is a nest hiding nearby, so keep a lookout for them. A single wasp nest may contain up to 25,000 wasps, while a beehive can house up to 60,000!

By watching the flight path of wasps and bees, noting where they are going to and returning from, you will be able to locate the nest or hive.

Wasps build new nests in spring and they are made of a papery substance which can be found attached to a tree or spread out on the wall or roof of a building. They will also often build nests in attics or roof space.

Beehives are made of wax and contain dense honeycomb structures. They are usually seen on tree branches but can also be found in buildings like wasp nests.

If you see a nest or hive, don’t approach it! Both wasp and bee stings are not only painful but can cause allergic reactions and in serious cases, even death.

How to prevent wasps & bees on your property

Bees will generally only eat nectar and pollen, so you won’t find often find them buzzing about your food like flies. Wasps on the other hand are carnivorous, usually preying on other insects and spiders. When their usual food sources are scarce however, wasps will turn to scavenging, especially for foods that are high in protein or sugar. Don’t leave pet food outside all day and if you’re eating outside, make sure you cover your food and sugary drinks.

Take out the rubbish

An open garbage bin will attract not only wasps on your property, but other undesirable pests too. Make sure you tie up all bin bags and keep both inside and outside bins covered. Both wasps and bees are attracted to sweet things, so make sure you rinse out any soft drink cans, juice bottles, etc. before you throw them in the recycling.

Seal up your house

Use a sealant like caulk to seal up cracks and crevices around windows, skirting boards, floor boards, electrical outlets and pipes. Eliminate other entry points by replacing torn window and door screens. Varnishing wood surfaces will also help to seal them.

The Most Common Pests We Treat 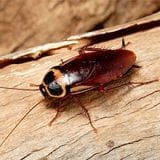